From Performative Allyship to Actionable Allyship 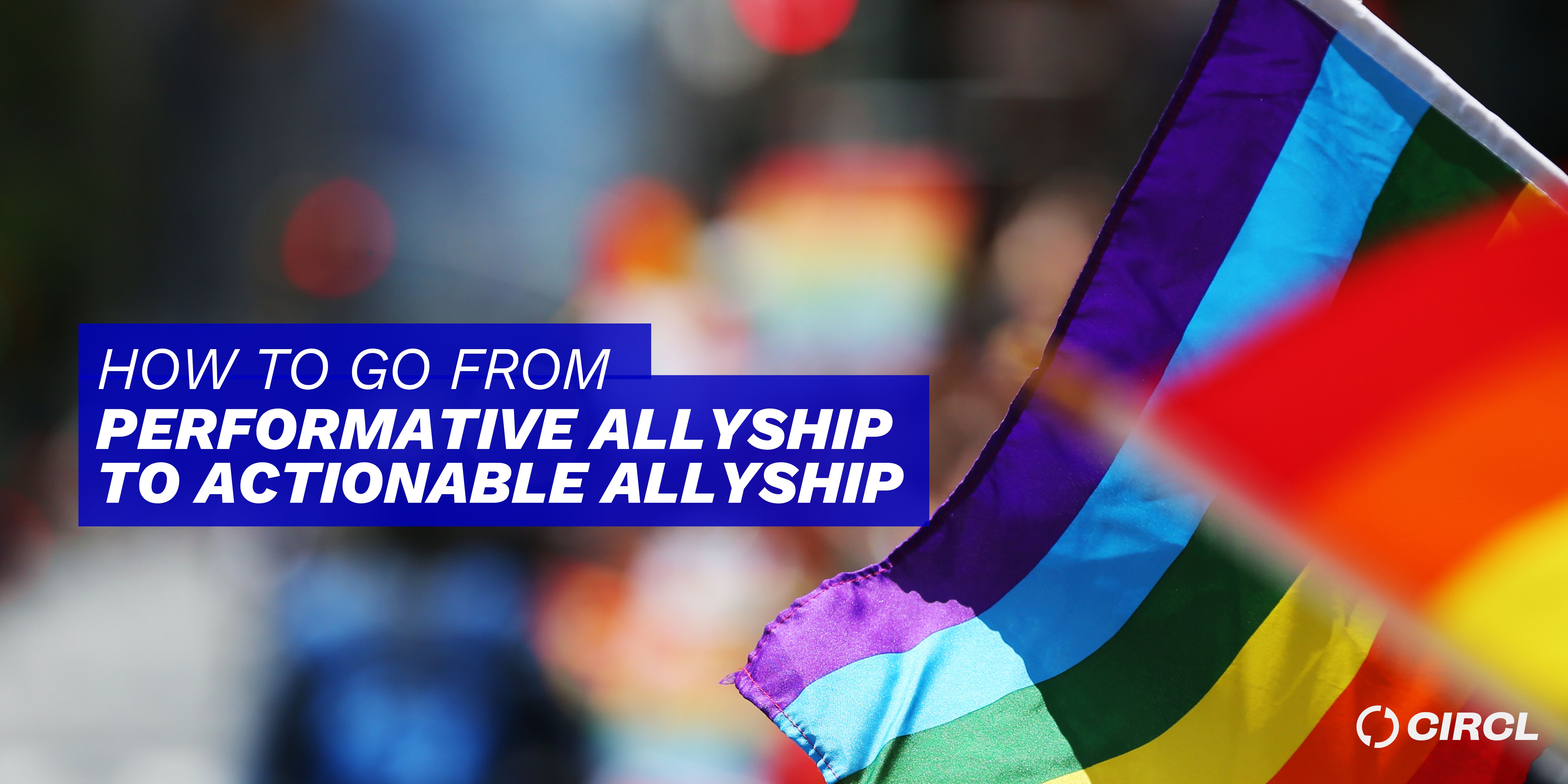 We’ve all heard the stories.

This is performative allyship: when organisations offer surface-level support for the sake of their brand image, without taking any steps to affect real change. Performative allyship doesn’t go unmissed by employees. A survey by Catalyst found that only 1 in 4 employees viewed their organisation’s racial equity policies as genuine. However when the efforts were viewed as genuine, employees had a far better work experience, especially those who come from ethnic minority backgrounds. In the age of the Great Resignation, making strategic steps to improve diversity and foster inclusive workplaces is necessary for retaining today’s workforce.

Organisations can move past performative allyship by taking meaningful steps that show that they’re an ally all year round - not just during Pride or Black History Month.

Firstly, what is an ally?

An ally is someone who is willing to stand with those from underrepresented groups, to speak out and take action against inequality and discrimination. Allyship in the workplace means acknowledging the privileges that majority groups have and acting to ensure that all workers have the same opportunities. It’s an ongoing practice that is best demonstrated through the Ally Continuum (detailed more here) which can be used to assess where you are on your allyship journey.

How can workplaces practice allyship?

“If fewer men mentor women, fewer women will rise to leadership. As long as this imbalance of power remains, women and other marginalised groups are at greater risk of being overlooked, undermined, and harassed.” Source.

Having a mentor to share knowledge and networks can radically boost career pathways. Studies from Cornell found that mentoring programmes boosted minorities at management level from 9% to 24% and dramatically increased promotion and retention rates for women and people from ethnic minority backgrounds from 15% to 35%. Source.

Our ‘Be A Leader, Build A Leader’ programme provides professionals with coaching skills by showing them how to ask the right questions, listen actively, lead with empathy and empower their team members - all the skills that are needed to be more inclusive.

If you’d like to learn more about how coaching builds inclusive leaders, get in touch with the team or read more about the programme here.