Breaking the bias: female leadership in the workplace 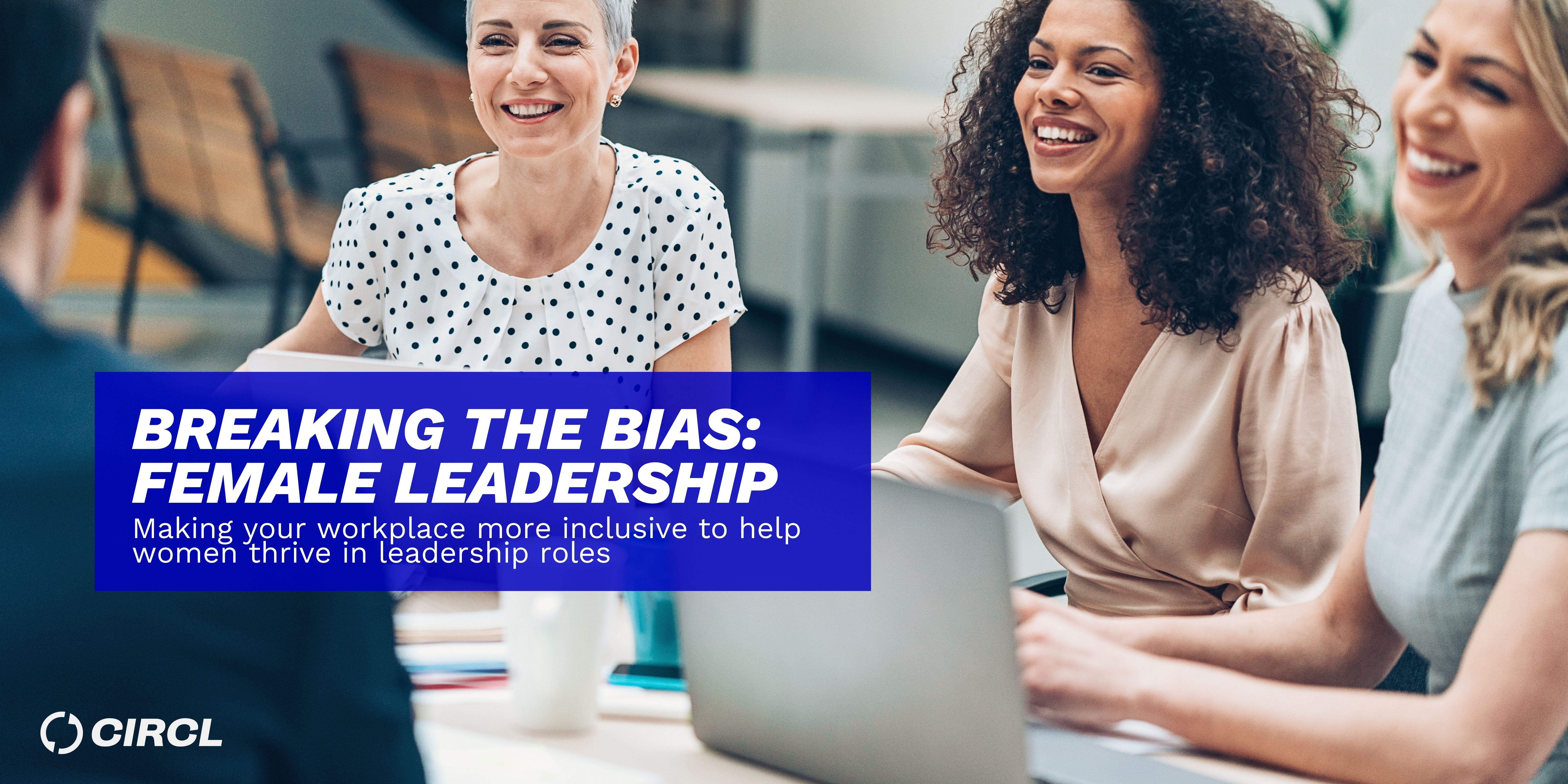 Lean In’s ‘Women in the Workplace 2021’ report found that female managers are proving to be better leaders. Compared to men at the same level, surveys found that women managers do more to support employees wellbeing and are 2x more likely to work on DEI initiatives. Though they’re proving to make highly-motivated, inclusive people managers, gender disparities in the workplace continue to make it difficult for more women to progress and thrive in leadership roles. Just 8% of Fortune 500 companies are led by women and less than 1% by minority women [Source]. In the US, women make up almost half of the workforce but fill just 21% of C-suite roles. [Source]

In this article, we’re going to explore how gender bias is restraining women's careers and what workplaces can do to better support female success. ‍

Gender bias in the workplace
‍

Though women now make up 47.6% of the UK workforce, our workplaces still operate in favour of masculine norms and values. This leaning towards masculine leadership and working styles is where gender bias comes in; an unconscious bias that causes women to be treated differently at work. Gender bias alienates women from certain work environments, roles, networks and industries, preventing women from advancing their careers:

Switching the view from ‘fixing’ women to fixing our workplaces

While many female empowerment initiatives focus on giving women the tools they need to have more confidence in the workplace, it’s equally important to recognise the systemic disadvantages that are holding women back. Harvard Business Review’s ‘Stop Telling Women They Have Imposter Syndrome’ article went viral in 2021 by switching the narrative around women and imposter syndrome; it isn’t something individuals need to fix, they suggested, but our gender-biassed workplaces that are causing women to feel out of place.

“Workplaces remain misdirected toward seeking individual solutions for issues disproportionately caused by systems of discrimination and abuses of power.”

Other studies have proved that it isn’t women’s lack of confidence that’s holding them back, but their work environments. It’s a common misconception that women don’t ask for pay rises as much as men, however a HBR study found that women are asking at the same rate, but men are more successful in obtaining it. Another study found that challenging tasks are more likely to be given to male employees (even though female employees equally desire them), due to management believing women should be protected from difficult experiences. Recognising these organisational biases is key to supporting female advancement. So what can your company do to break the bias?

Creating an inclusive workplace for women

Showcasing different leadership styles encourages the view that women don’t have to adopt masculine traits and behaviours to be successful. It creates an environment “where diversity of racial, ethnic, and gender identities is viewed as just as professional as the current model”. [Source] Our mission at Circl has always been to overhaul the outdated ‘command and control’ style of leadership. We highly recommend providing senior managers with coaching skills to develop empathetic, empowering leaders and provide a new leadership framework for first-time/potential managers.

Recruitment processes are known to be discriminatory with hiring managers relying on personal networks or unconsciously judging applicants by their race or gender. Consider if your job descriptions are deterring women with gendered language. Studies found that stereotypical ‘male roles’ advertise using terms such as ‘competitive’ and ‘forceful’, which deters women from applying despite having the right skills. Anonymising CV’s and ensuring diversity amongst interviewing managers also helps to lessen bias during the recruitment process.

The ‘old boys club’ may seem like something from the past, but male-only networks are a huge contributor towards the gender pay gap. In many male-dominated industries, deals and relationships are still forged outside of the workplace in stereotypically ‘male’ settings (i.e bars or sports venues). These social interactions are why research has found that men are being promoted faster - and it’s these promotion differences that account towards the gender pay gap. Implementing inclusive activities or mentorship programmes that encourage mixed-gender relationships at work are key to retaining and developing female talent.

Be aware of the broken rung

Identified by McKinsey and Lean In, The Broken Rung is the first step up from entry-level to management. It’s where women are losing ground early on in their careers due to missed promotions, making it impossible for them to catch up later on at senior management level. Lean In says it’s critical for companies to fix the broken rung to advance more women; it advises doing so by making performance review processes more equitable, as well as tracking your hiring and promotion outcomes.‍

While white women face sexism in the workplace, Black, Asian and other minority backgrounds are experiencing both sexism and racism; they face the double impact of bias in hiring and promotions and are more likely to experience microaggressions and burnout. “Between the entry level and the C-suite, the representation of women of color drops off by more than 75 percent. As a result, women of color account for only 4 percent of C-suite leaders, a number that hasn’t moved significantly in the past three years.” Source. If you’re tracking the hiring and promotions of women in your workplace, including ethnicity in the process will allow you to see how women from BAME backgrounds are progressing. Research has also found that white execs mentoring Black employees can counteract biassed views about the mentee, which can hugely help Black women with their career advancement.

A major key to supporting women's career paths includes retaining women in the workplace. The effects of the pandemic have left 1 in 3 women considering leaving or downshifting their careers. The lack of work/life balance meant that between 2020 to 2021, the burnout gap between men and women almost doubled. This is a critical time for workplaces to provide inclusive environments that recognise women’s needs by embracing flexibility, establishing clear boundaries and providing development opportunities.

Read more about the importance of inclusive leadership on employees' wellbeing here.

Develop a team of inclusive leaders with Circl's leadership development programme. We work with the likes of Facebook, Google, Uber and McKinsey&Co to give senior managers the skills they need to lead diverse teams. Find out how it works here.