“It’s a great way for companies to help employees develop coaching skills, while helping young future leaders grow at the same time. I would recommend Circl to all companies.” 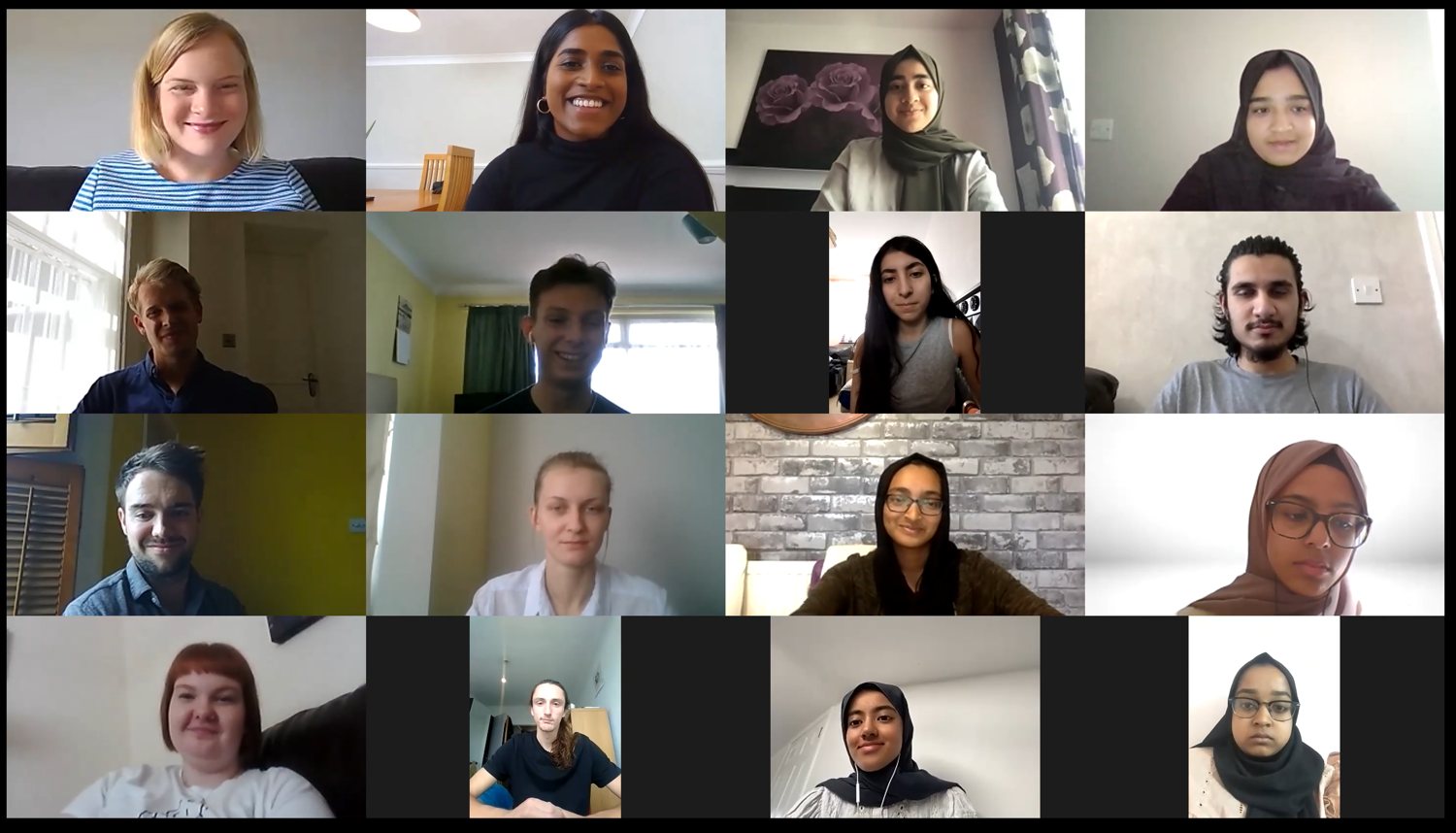 BenevolentAI is the global leader in developing artificial intelligence to generate new medicines for the world’s untreated diseases. Benevolent unites machine learning and AI with scientific expertise to reinvent the way that life-changing drugs are discovered and developed. Founded in 2013, Benevolent is headquartered in London with a research facility in Cambridge (UK) and further offices in New York.

Having recently developed initiatives to further diversity and inclusion within the company, BenevolentAI were drawn to joining the Circl programme because of the social impact element. The company values embracing new ideas, new challenges and learning from emerging talent, so participating in a programme where they could actively engage with those from underrepresented backgrounds was important for them.

While they have their own internal management training at BenevolantAI, the Circl Leadership Development Programme offered a fresh approach that took the team out of their comfort zones whilst allowing them to make a positive change. 10 of the company’s senior scientists and engineers joined the programme to develop their coaching abilities and promote diversity within science and technology.

Letting others lead the way

“It’s a very different approach to coaching training. You’re meeting younger people from different backgrounds and applying what you’ve learned in the sessions straight away. The hands-on approach means you have the chance to actively develop your coaching skills.” ‍

Throughout the programme, the professionals and students worked together to develop their active listening, observation and communication skills. The sessions took place over Zoom where they undertook coaching theory sessions, before getting to practice the techniques they were learning during individual catch ups with their Future Leader matches (each professional is matched with a young adult from a disadvantaged background).

They were able to use the period between each Circl session to apply the tools they were learning at work, and participants noticed their own behavioural changes during the programme. Several managers changed the way they approached their 1-1 meetings with direct reports; rather than taking the lead and commanding the conversation, they focused on actively listening instead and letting their team members lead the discussion.

The students and professionals loved learning together and particularly enjoyed that they were treated as equals during the sessions; the pairs were able to work on their goals and provide different perspectives to each other's problems.

By the end of the programme, 90% of participants said they felt more confident in their coaching abilities. They listed their biggest highlights as being given a space to reflect on their goals, being coached to find solutions to their problems and that, thanks to the programme, they were able to build better relationships with their colleagues and young people.

Building pride in the workplace

Following the programme, participants have been able to apply the coaching tools and techniques that they learned during the programme. 80% of the professionals have shared concrete examples of how they’ve been able to use their coaching skills at work, and the results have been effective across all levels of management. New managers have reported an increase in confidence when coaching their team members, while others reported that it’s improved their working relationship with their own manager.

“In any work relationship, there’s always the opportunity to use coaching, whether you’re in a senior or junior position. The skills I learned through the Circl programme are really important to give your colleagues the opportunity to think deeper and understand what they want to achieve. Even when I talk to my manager, I’ve been able to use these skills to help them to manage me better.”

Alongside the performance changes BenevolentAI also noticed an increase in enthusiasm and engagement from the professionals that took part. All of participants said that they feel proud to work for BenevolentAI, and 50% of them said that their pride increased during the programme. Being able to work with the young Future Leaders proved to be a rewarding and engaging experience, and BenevolentAI will be continuing with Circl’s programme for future cohorts.

“I felt the reward of having a younger person grow, while I grow myself. That feeling wouldn’t be as impactful if I were working with another colleague.”  ‍